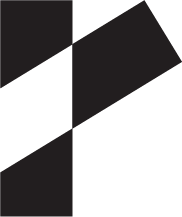 The Future of a Divided Nation and its Southern Border

The Mexico-US border and discourse about what it might become, amounted to an intensely debated topic throughout the time leading up to the 2016 Presidential Election. The proposition to further divide the two countries with a continuous and enormous wall seemed outlandish but I still worried about the small chance that it could happen. As an outsider, a Canadian that has only ever seen the US and Canadian border, I became increasingly interested in what this border looked like along its 3200 kilometres and how it has affected the lives of so many throughout its implementation and enforcement. This series is the result of my adventure down to San Diego and California's Southern Border.

Get Up and Go

In early November of this year, I traveled to San Diego from Toronto, around the time of the election to visit the border fences and witness the election take place first hand. For the first time in my life, I was genuinely interested in an election. After what felt like weeks of hemming and hawing about whether to go down to the border I decided to make it happen. I flew down to San Diego a couple days for the election to make sure I had enough time to explore. On November 7th, I got on the road before daylight and drove for about 30 minutes towards the border from downtown San Diego. I arrived at Border Field State Park and continued the trip on foot to the Southwest corner of the United States.

Once I arrived at the South end of the coast I was left standing in front of a tall permeable fence that extends about 100 metres out into the ocean. It being so early in the morning, I noticed that I was the only visitor near in the area. I saw a Border Patrol officer and his vehicle on a precipice, monitoring the area. I could see several people out for walks on the beach on the Mexican side of the wall. One man dressed in a hoody tied tightly around his face just stood there, no more than 20 meters from the fence staring back intently in my direction for several minutes. It definitely put me off. As I had suspected, law prohibited anyone stateside from coming too close to the fence, as to keep from anyone from physically interacting through the fence. Signs forbidding trespassing repeated this message along the fence as I walked inland. 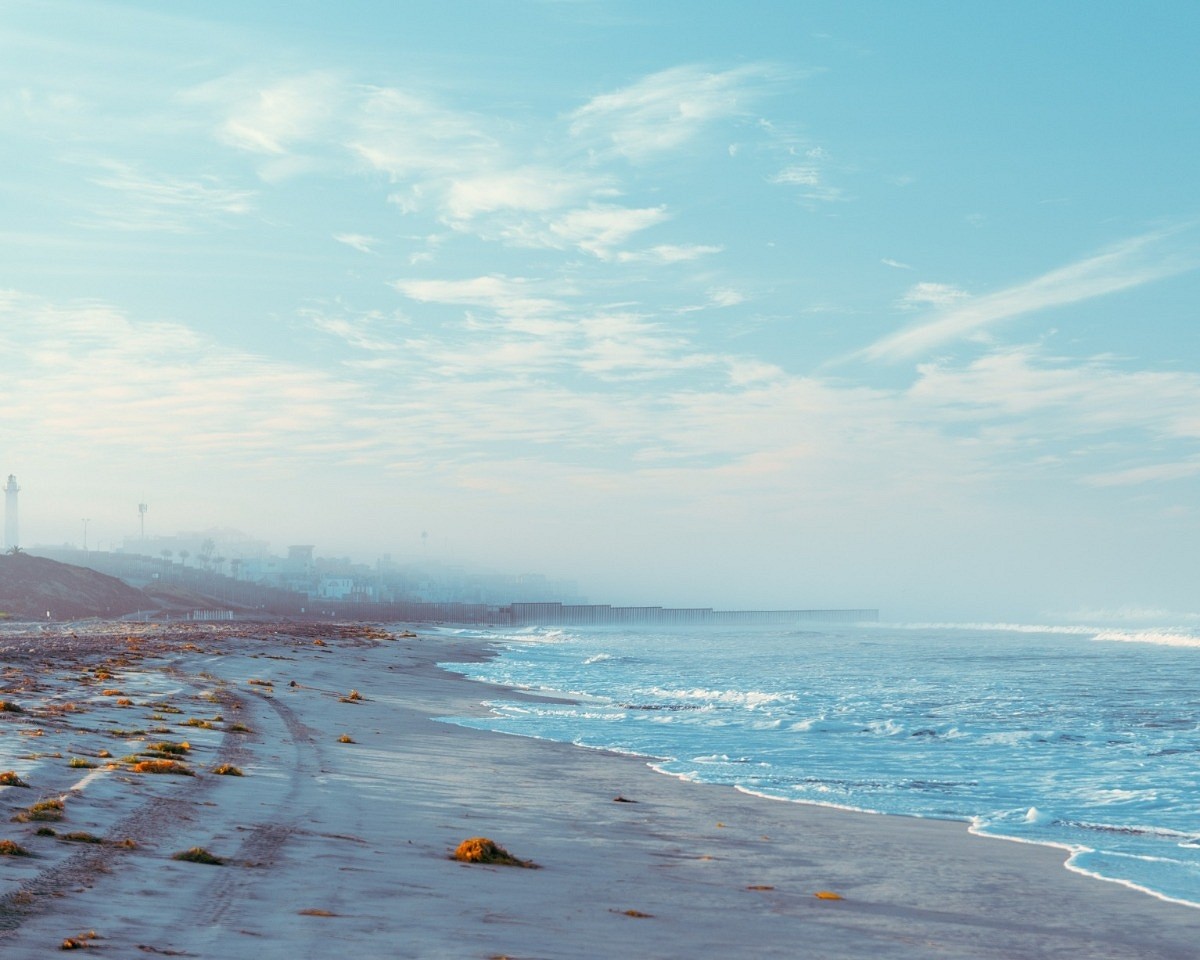 Now at the top of hill next to the beach I was standing in International Friendship Park. Still the only visitor in the area, I slowly walked around the park filled with concrete picnic benches surrounded by dry undergrowth. All signs pointed to this seeming like any other family-friendly park. There are public washrooms, picnic benches, an area of canopies for shade and many parking spots—all of which weren’t being used as the public can’t drive their vehicles into the park. After photographing the area, I approached the Border Patrol Vehicle and spoke to the officer for a few minutes. I expected a bit of hostility and to be questioned but the officer was more than pleasant. He also let me know that on Sunday, the day before, the secondary fence had been opened to allow people to get through and interact through the fence directly. I wish that I had come down for that.

After my conversation with the officer, I decided to head East and stay as close to the fence as I could as I walked back to the park entrance. Along the way I bumped into another photographer, who flew down from Chicago and was just arriving to the park. We spoke and I found out that he came down to San Diego for similar reasons. I was pleased to see another visitor by this point because it had been a very lonely morning at the border. 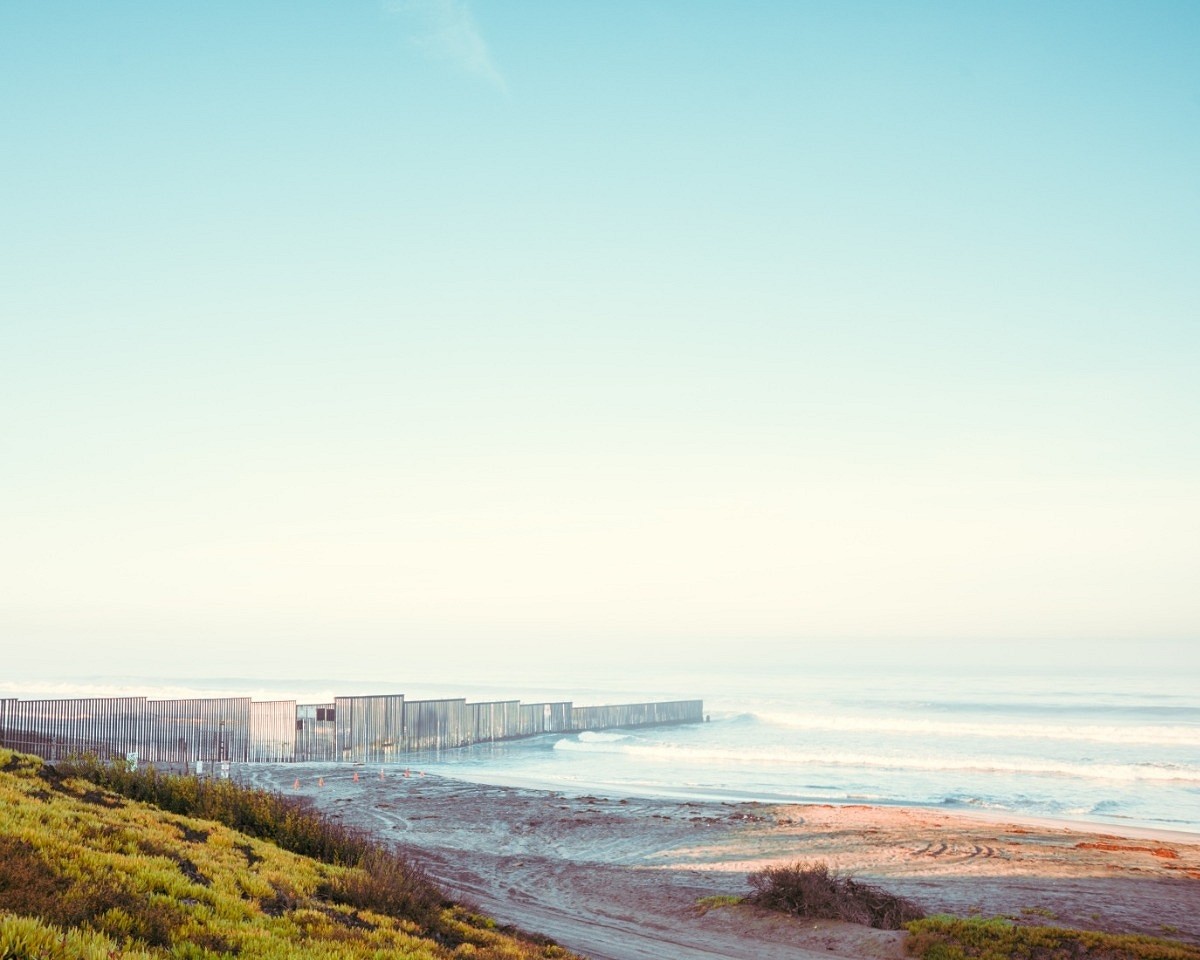 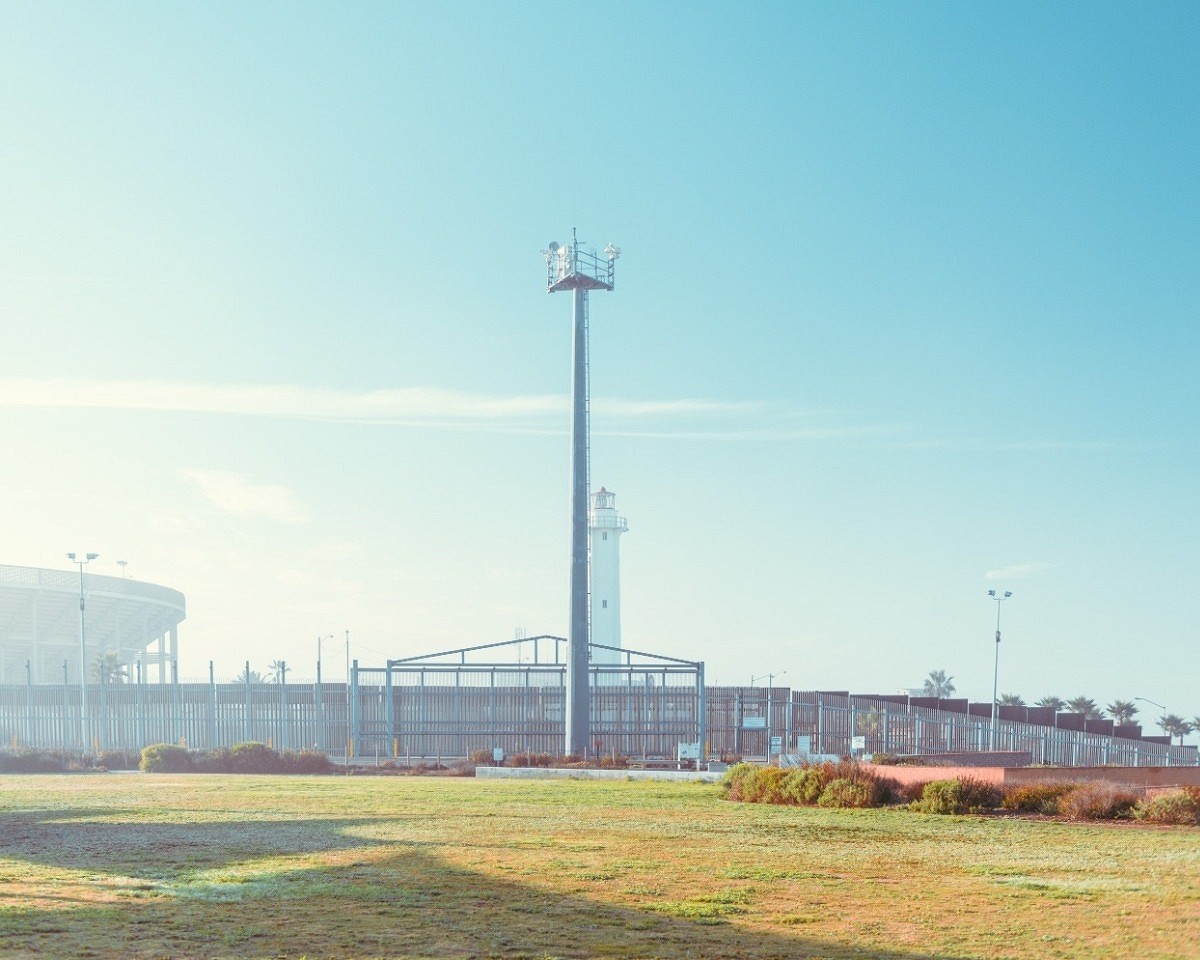 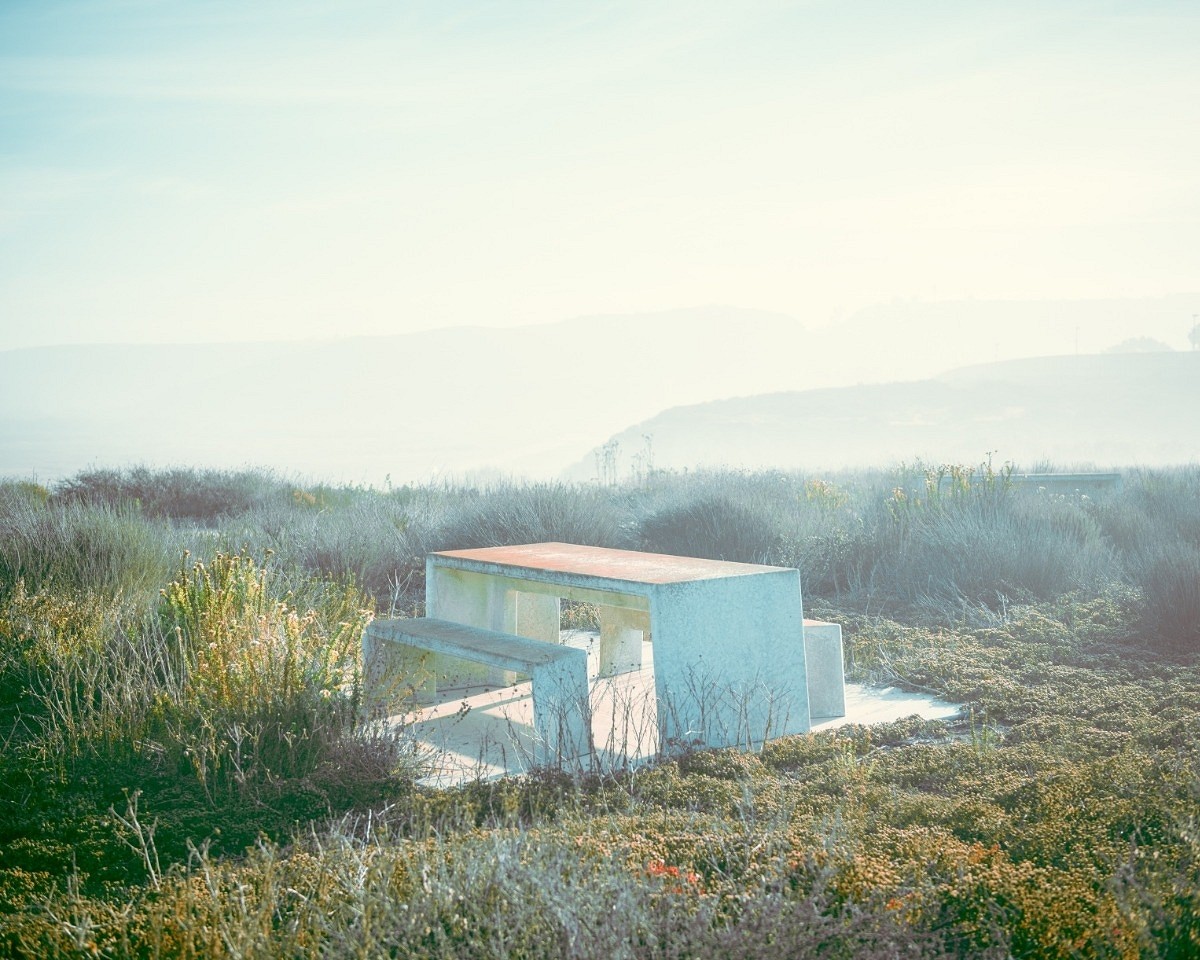 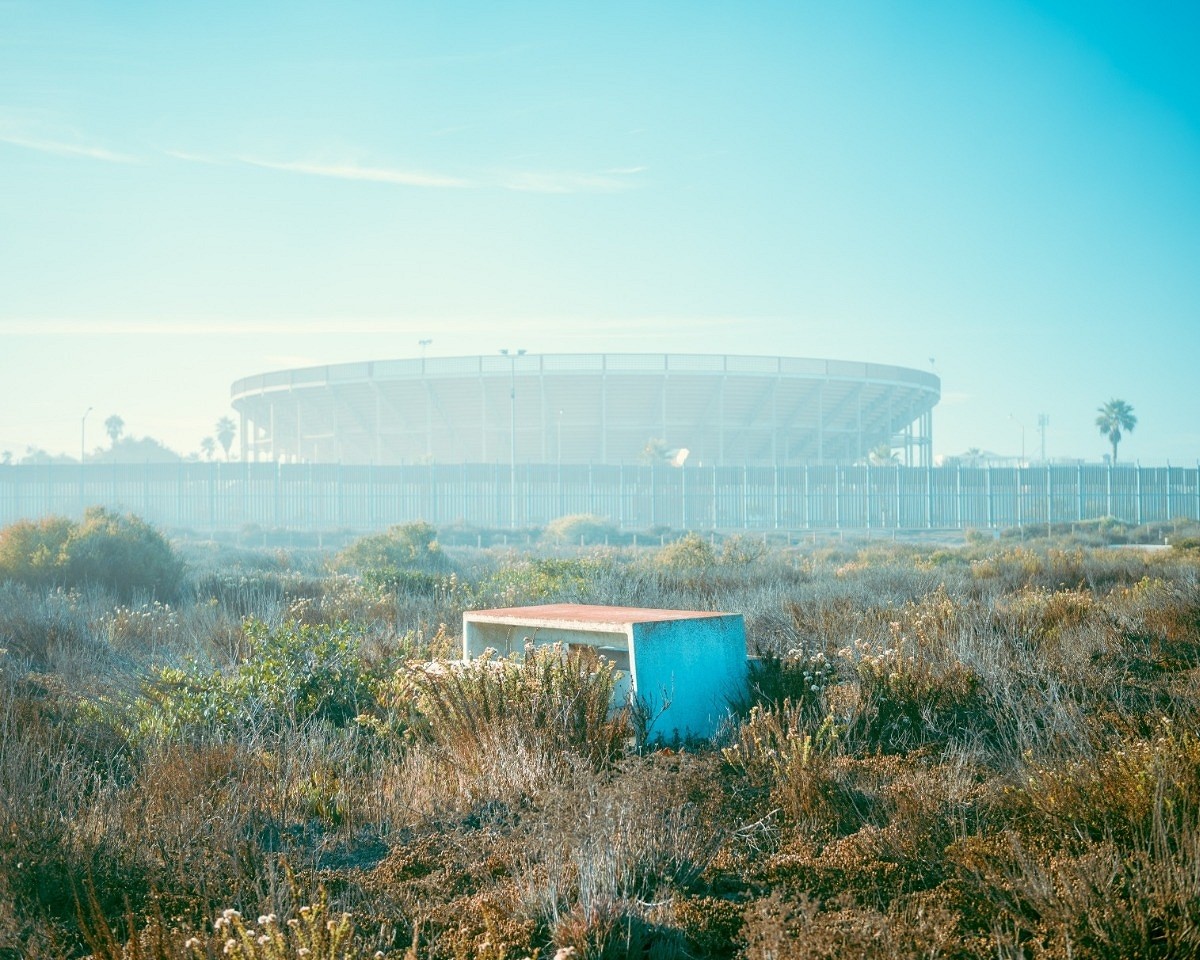 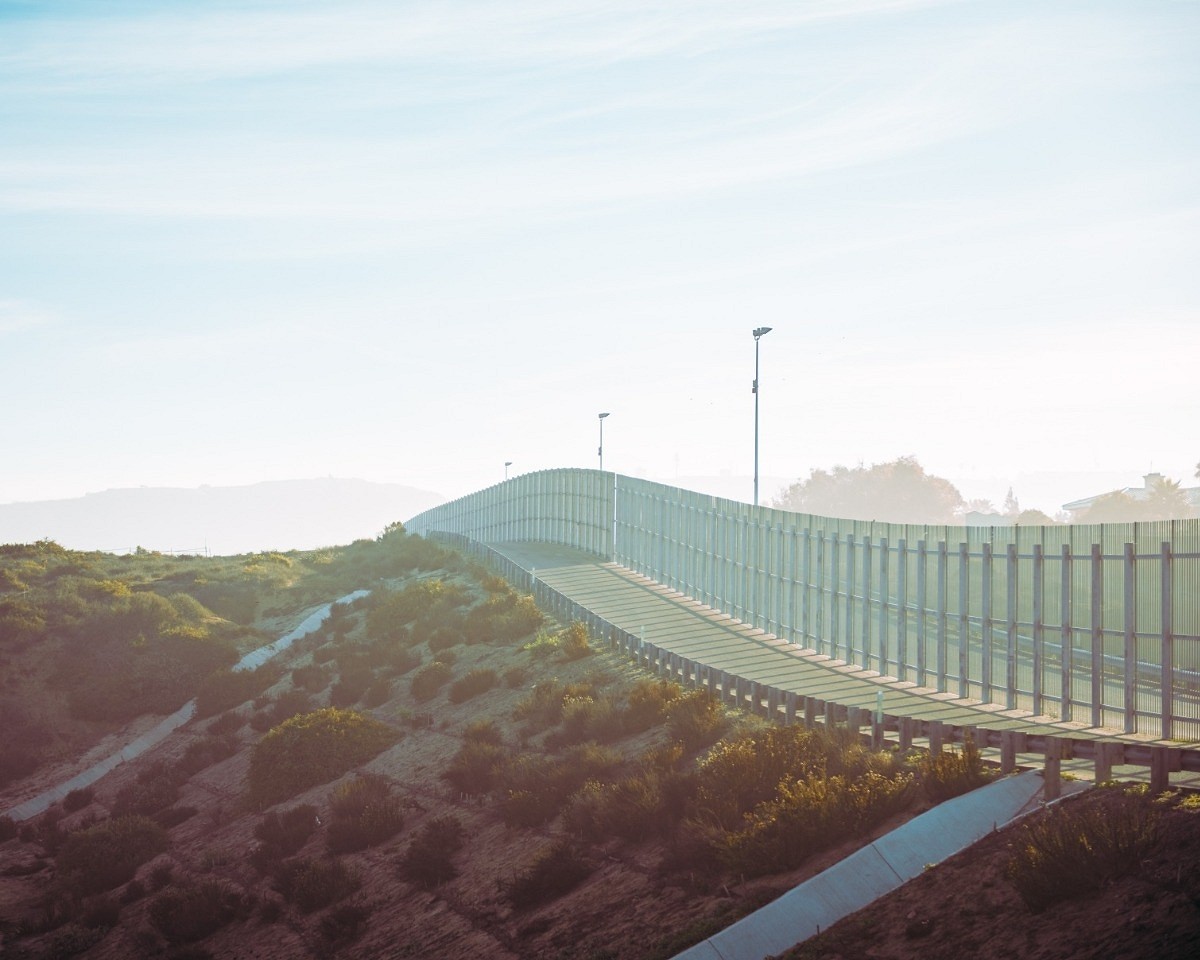 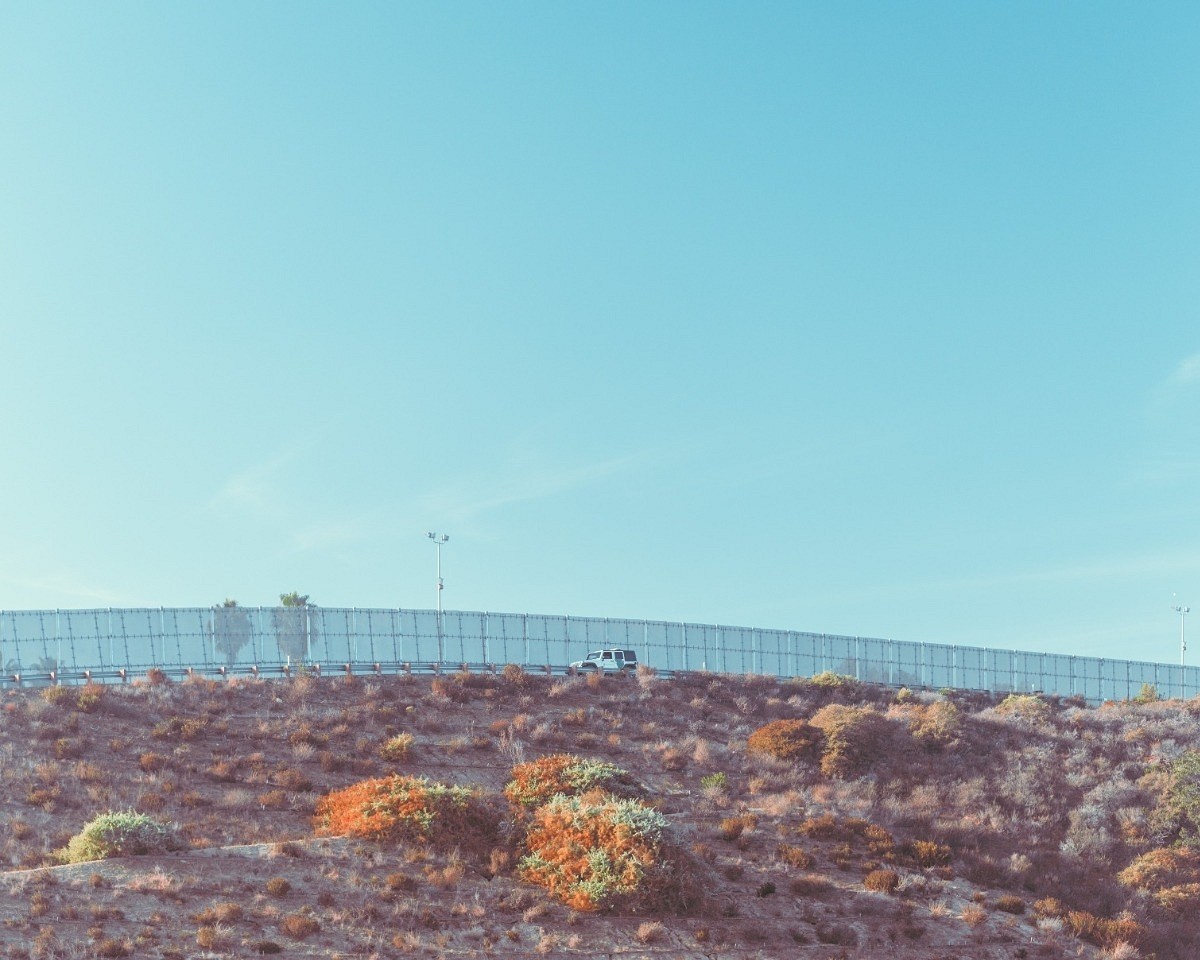 The next day was Election Day. It was the day that everyone had been waiting for. As Americans visited the polls, I started the day off by heading down to Mission Beach for a walk. In the afternoon, I drove back down to Border Field and took a 30-minute walk up to International Park. I was disappointed to find out that there was a simple chain-link fence, covered in signs reading 'Restricted Area', that kept me over 100 meters away from the primary fence and 200 metres from the second. As I walked along the fence I saw the houses rise from and disappear behind the border fences and I had a hard time imagining what it would be like to live so close to the border. 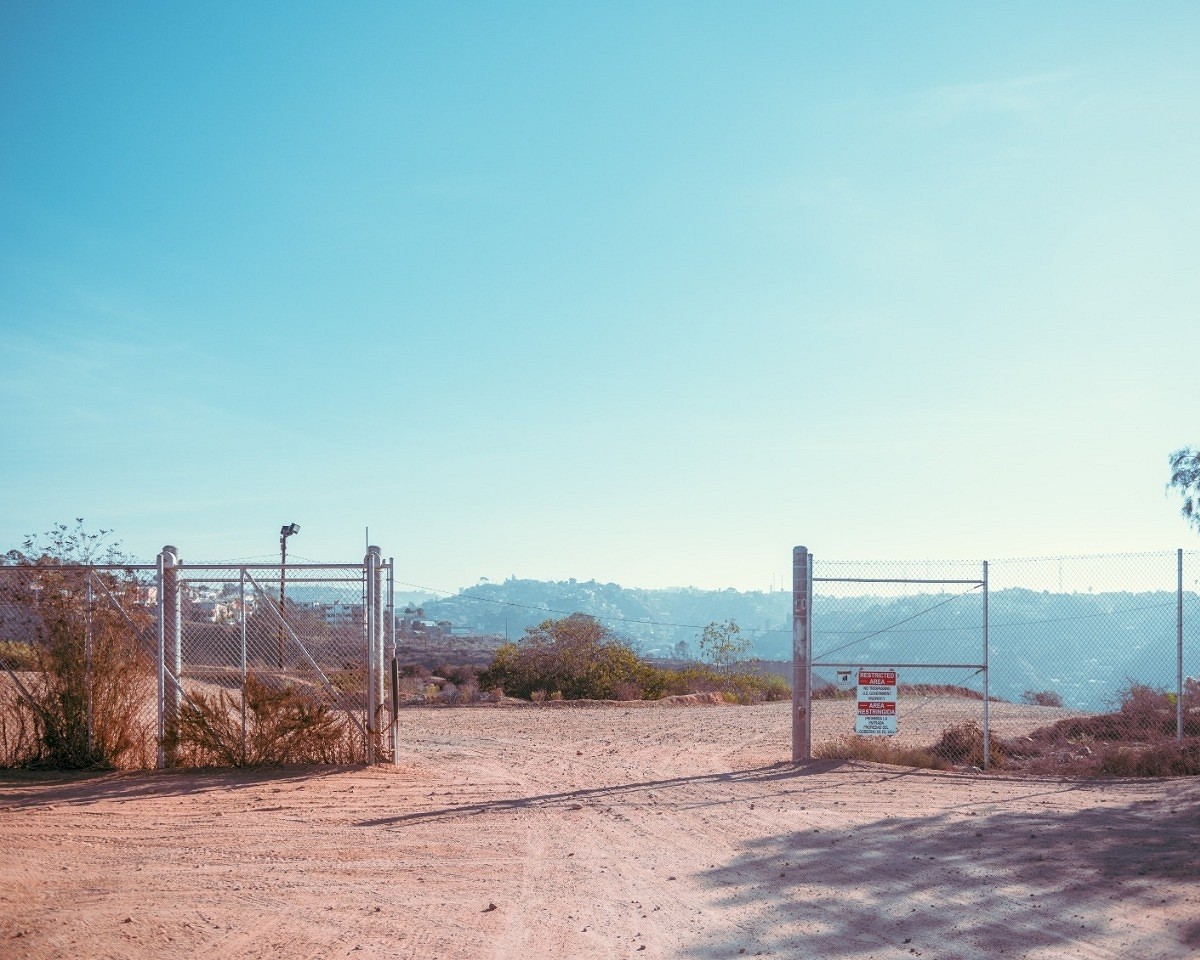 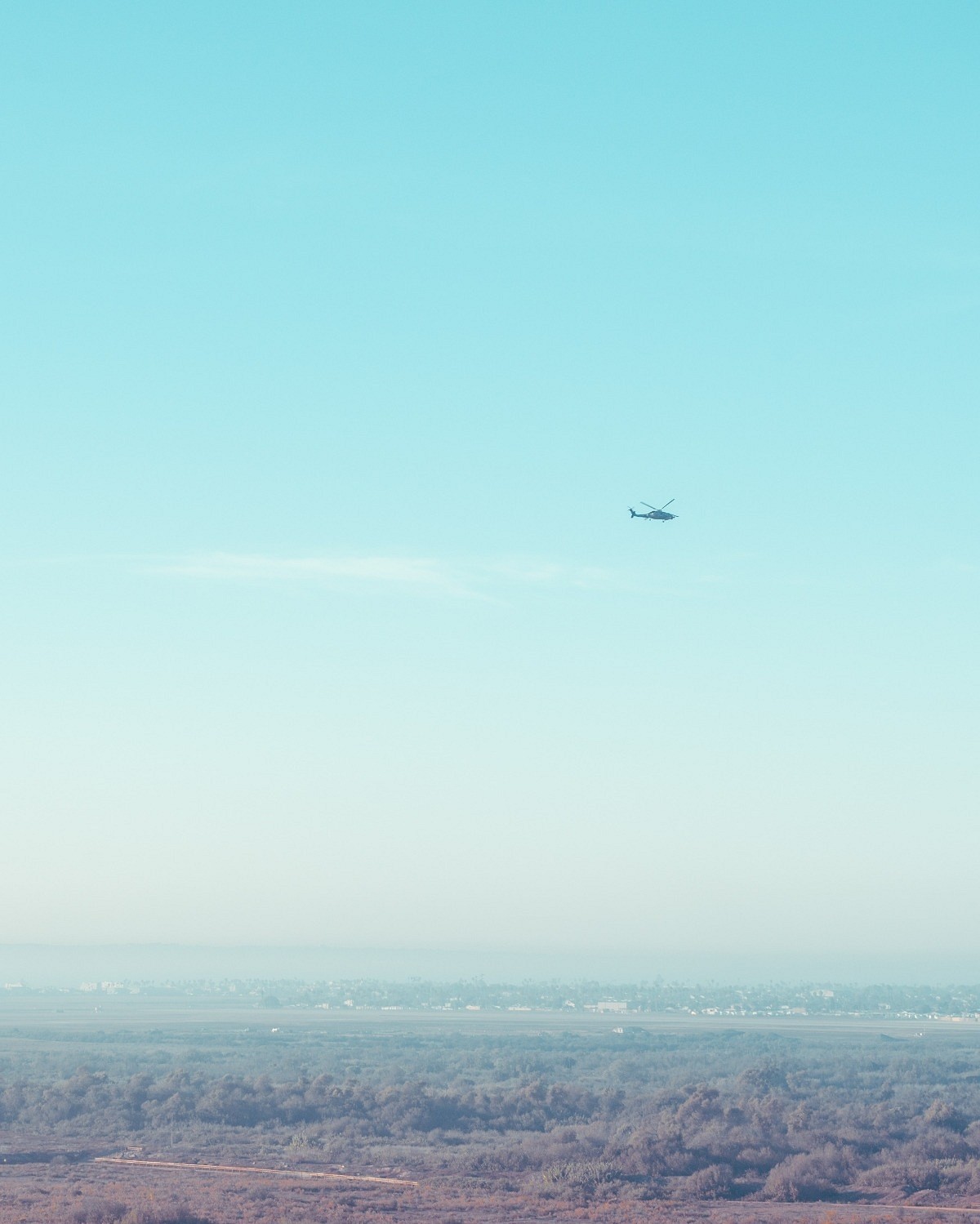 At the Eastern edge of the park is a lookout to the new fence that winds through Smuggler’s Gulch—a previously well-known point for illegal crossings and smuggling of all kinds. The view from this spot was stunning, providing a vista of both California and Mexico. I stood here for nearly 20 minutes just trying to take note of what I was seeing and imagining what this valley used to be like before all of the fences. 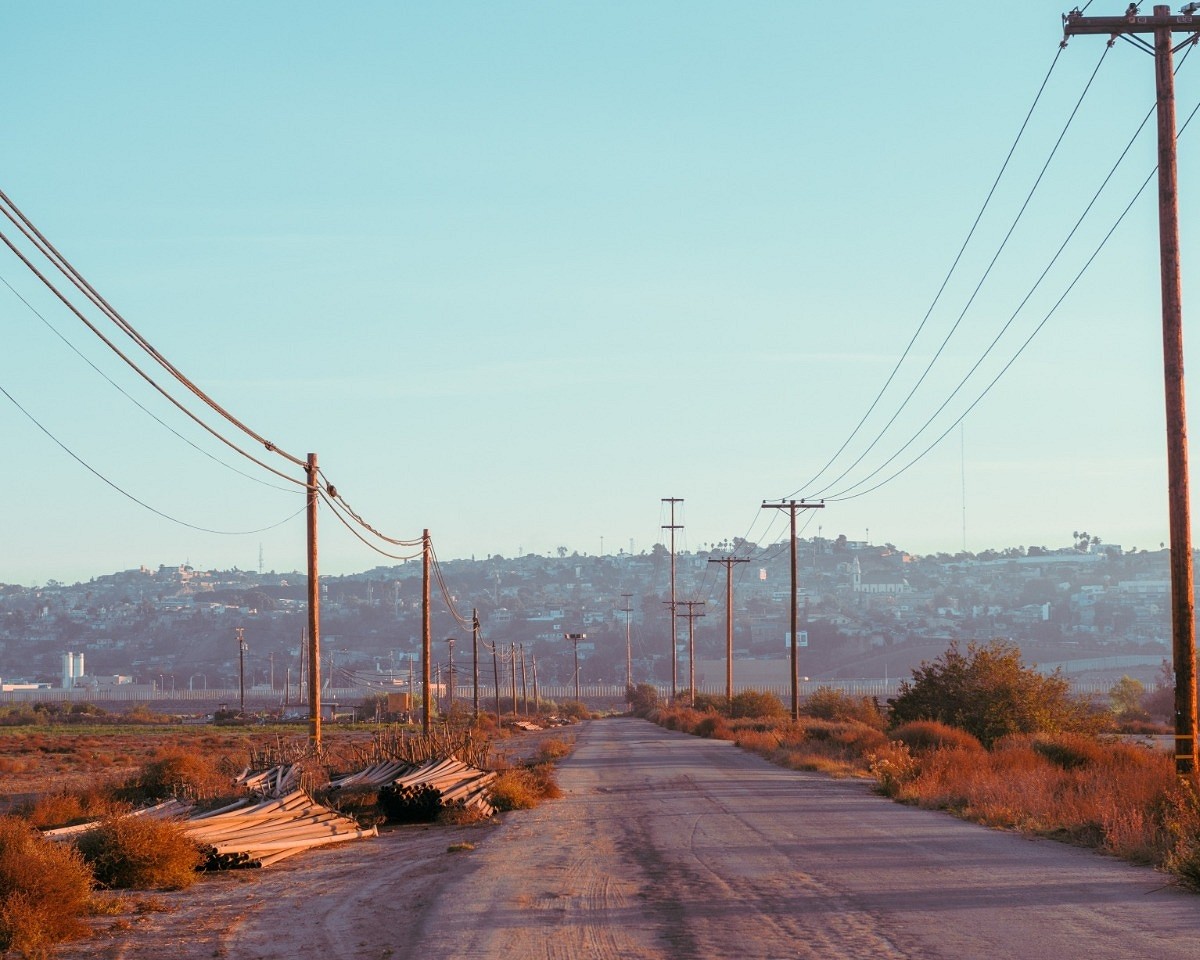